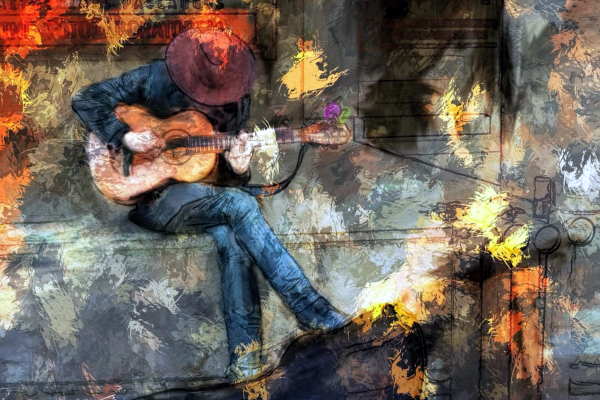 As a beginner guitar player, you probably begin playing simple chord progressions of songs you know and like. But at some point, beginners want to learn how to solo and play lead guitar. That leads to learning scales and arpeggios as the next thing to learn. But it is the mastering of guitar techniques, not scales, that can make your playing shine. This article list 25 important guitar techniques that every guitar player should know.

Check out the guitar techniques section of my Music Symbols article where I have more to say on the following guitar techniques. Expect to see articles in the upcoming months on every technique listed and more in-depth coverage of each technique and embellishment for guitarists.

There are only two guitar techniques that involve a single note:

Use these techniques to add rhythmical interest to your playing.

Here are some other guitar techniques that may interest you.

So I believe that is 26 guitar techniques but the last one is kind of advanced so you can leave that one off your list until you are ready for it. The one you want to work on mastering right away is vibrato. That one technique really helped me “figure out” playing lead guitar.

If you want to overload on guitar techniques and theory then take a look at Wikipedia’s page Guitar Performance Techniques and Dolmetsch Online Music Dictionary.

How To Play Guitar For Beginners: Songs First Or Theory?