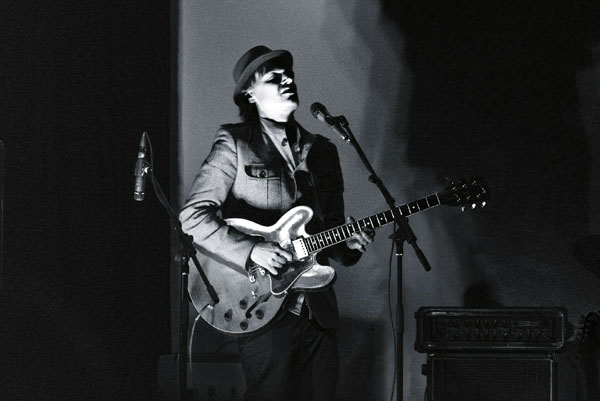 The G 7#5#9 is a great chord for any guitar player. It has a sound that is smooth and harsh at the same time and is easy to hold. You definitely want to add this chord to your chord toolbox.

I cover the intervals in the chord, the scales where you can build the chord and the notes in a G7#5#9 chord. There are not a lot of chord shapes for a this augmented seventh chord. I have 4 closed guitar chord shapes and another 2 open shapes for a G7#5#9.

The 7#5#9 is not the same as 7#9 chord, the chord a lot of rock guitarists associate with Jimi Hendrix. I love the open E7#9 in Foxey Lady which is actually an E7#9 without the 5th. You can’t easily play the 5th in that voicing unless you grab it with your thumb on the low E string.

So use the chord in place of a dominant 7th chord built on the 5th scale degree. You can use it in a song that has a strong major scale feel or as the V7 chord in a blues tune.

Songs that use the 7#9 chord

I have an article on the Whole Tone Scale and in the article, I mention a number of popular songs that use a 7#5 chord. Check that out for those examples.

Here are some popular songs that use a 7#9 chord:

If you want to find a song that uses the 7#5#9 chord, then you’ll have to listen to some jazz tunes. Or if you have some jazz sheet music, look for the “7alt” symbol which stands for an altered 7th and is a dominant chord with an altered 5th and \ or an altered 9th.

Check out the Wikipedia page on altered chords. Or even better, check out the Altered Scale article on Matt Warnock ‘s guitar website.

CLOSED: #1 is THE classic voicing and probably the best one. You can hold #2 without using the thumb but it’s even harder. #3 is not bad but #4 is just ehhh.

OPEN: #1 is easier if you fret the F at the fret but it doesn’t sound as good as the harder to hold version with the G at the 3rd fret #2 only has 1 open string and it doesn’t sound that great. As a matter of fact, the closed voicings sound better than the open ones. 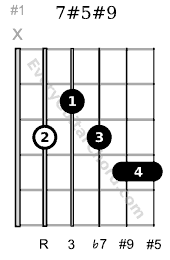 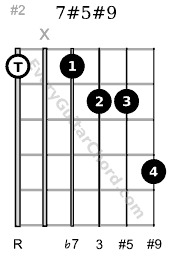 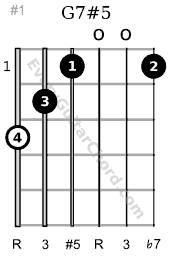 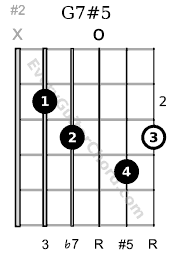 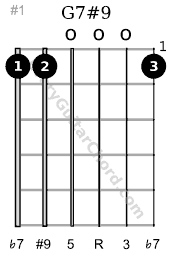 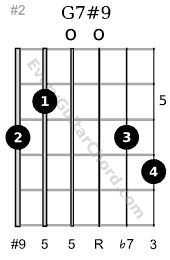 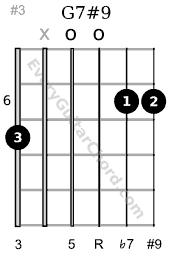 If you are a songwriter then this is a nice chord to work into songs. If you are a rock or blues guitar player, substitute a 7#5#9 chord in place of the dom7 chord.

Try it yourself with a G7#5#9 and follow it with a C or Cmaj7 chord. I’m sure jazz players already know this chord.

If you don’t like the sound of the 7#5#9 chord, then try substituting it with a 7#5 or 7#9 chord. Have fun getting creative with the chords!